ROBERT WOLGEMUTH has been in the media business for thirty-nine years. He is former president of Thomas Nelson Publishers and the owner of Wolgemuth & Associates, Inc., a literary agency exclusively representing the writing work of more than one hundred authors. Dr. Wolgemuth is a speaker and best-selling author of over twenty books, including She Calls Me Daddy, the notes to the Dad's Devotional Bible, The Most Important Place on Earth, and What's in the Bible: The Story of God Through Time and Eternity, co-written with R. C. Sproul. He is a 1969 graduate of Taylor University, where he received an honorary doctorate in May 2005. Dr. Wolgemuth is married to Nancy DeMoss Wolgemuth and has two grown daughters, two sons-in-law, and five grandchildren.

ROBERT L. SAUCY (Westmont College, Dallas Theological Seminary) is a distinguished professor of systematic theology at Talbot Theological Seminary. He previously served as president of the Evangelical Theological Society and addresses that group frequently. He is author of numerous books, including The Church in God&rsquo;s Program, and is the editor of Women and Men in Ministry: A Complementary Perspective. His shorter works have appeared in many journals including Bibliotheca Sacra, Grace Theological Journal, and Journal of the Evangelical Theological Society. Dr. Saucy resides in Anaheim, California.

ROBERT GALLATY, Ph.D. is the Senior Pastor of Long Hollow Baptist Church in Hendersonville, Tennessee. He was radically saved out of a life of drug addiction on November 12, 2002. In 2008 he began Replicate Ministries to equip and train men and women to be disciples who make disciples. He is also the author of Growing Up: How to Be a Disciple Who Makes Disciples, Firmly Planted: How to Cultivate a Faith Rooted in Christ, Rediscovering Discipleship: Making Jesus' Final Words Our First Work, Foundations: A 260-Day Bible Reading Plan for Busy Believers, and The Forgotten Jesus: How Western Christians Should Follow an Eastern Rabbi.

ROB MARTIN has been involved in Christian ministry since his conversion in 1976. He first served as the editor of a Christian publication and then for six years with the Orange County Rescue Mission, Orange County, CA, before becoming General Manager of Fieldstead & Company, a private philanthropy of Howard and Robert Ahmanson. He later served as Executive Director of First Fruit, Inc. and has been with this organization in a full time capacity since 2009, serving ministries and colleague foundations as a coach on a variety of organizational issues. Rob was educated as a journalist, and spent his formative career years in newspaper work. He and his wife, Bev, have raised three daughters and reside at Useless Bay on Whidbey Island, WA.

RICH BROWN Rich and his wife Janet have served together in churches in the Midwest and the Seattle area. He and Janet have three adult children; Rich III, Jenna, and Ryan. In 2003, Rich transitioned from serving as Pastor of Student Ministries to become Associate Professor within the Department of Church Ministries at his alma-mater, Liberty University. It is in this context of mentoring, equipping, and teaching the next generation of youth ministry leaders where he ministers to the college students God has placed in his life. Along with his residential teaching load, he also teaches online to adult learners. He has developed a number of youth ministry courses, including published work texts.

Originally from South Africa, RIAN ROUX spent his adolescence in a small fishing and farming community in the far north of Australia. Intrigued by the stories that shape our lives, he travelled widely and pursued studies in Applied Science, Education, and Theology. After a year at Oxford University, he commenced a PhD in Australia with a focus on transformative learning and student leadership development in higher education. Rian has experience in pastoral ministry, teaching, and business and currently lives and works in Toowoomba with his wife, Sally, and their three children.

RHETT SMITH is a Licensed Marriage and Family Therapist (LMFT) in private practice at Auxano Counseling in Plano, TX. He is a graduate of Fuller Theological Seminary (MDiv, MSMFT) and former college pastor at Bel Air Presbyterian Church in Los Angeles. Rhett has a passion for helping people navigate significant areas of transition in their lives such as parenting, marriage, and the adolescent to young adult journey. He also serves on staff at The Hideaway Experience in Amarillo, TX where he helps couples work towards having great marriages. Rhett lives in Frisco, TX with his wife Heather and their two children. You can find out more about Rhett at his blog www.rhettsmith.com or his counseling practice www.rhettsmithcounseling.com

DR. RENE PACHE, was reared in a Christian home under the guidance of a deeply spiritual mother (his father died when the boy was ten years old). He received his doctor's degree in law at Lausanne, Switzerland. By that time he was an out-and-out unbeliever. As a lawyer he joined the business staff of the big chemical works (CIBA) at Basle, Switzerland. It was there, at the age of 24, that he was converted through reading a Bible he had purchased. He would eventually become one of the founders of the Inter-Varsity Christian Fellowship in Switzerland and France. His important works include The Person and Work of the Holy Spirit and The Return of Jesus Christ.

BECKY BYRD obtained a Master's Degree in Historical Theology from Wheaton Graduate School in 2016. She has a BA in Bible and Theology from Moody Bible Institute and was trained as a Spiritual Director at North Park Seminary. Her ministry experience spans from youth ministry to small groups, discipleship and connection ministry. She currently works with Dr. John Trent at Moody Bible Institute. She is learning to be an advocate for her children with special needs and enjoys serving her local church. Becky has been married to her husband, Steve, for 19 years and has four children. In her spare time she enjoys connecting with people, reading, photography, writing and exploring the awesome city of Chicago. You can connect with her at www.moody.edu/chapman-chair or on her blog https://coffeehousetheo.tumblr.com.

RAY KANE received his M.A. in Social Work and has experience as a Business Consultant and Senior Vice President for a Chicago based developer and for whom he designed and managed retirement communities. In addition, Ray, and his wife Nancy conduct marriage enrichment and premarital workshops, and speak on a variety of topics related to relationships. Ray and Nancy co-authored a book entitled From Fear to Love: Overcoming the Barriers to Healthy Relationships. They live in Arlington Heights, Illinois, with their two children. 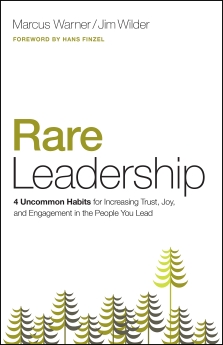 Guides leaders in the critical task of developing theirs and others' emotional maturity.
Paperback $12.79 $15.99
See All Variations

RANDY SOUTHERN has written dozens of books, articles, study guides and curricula for the Christian market. His works include The World's Easiest Guide to Family Relationships, Raising Highly Capable Kids, and Dating Clues for the Clueless. A graduate of Taylor University, Randy lives with his family in Fishers, Indiana.

ROBERT GILMORE LETOURNEAU (1888-1969) rose to eminence in the competitive world of manufacturing and construction. Although his competitors thought him insane, history has proved that his inventive genius was decades ahead of its time. Mr. LeTourneau is known as the man who gave 90 percent of his income to Christian causes around the world. His combination of enterprise and Christian commitment led to his sponsoring many works involving missions and education, including LeTourneau College, a Christian liberal arts and technical school in Longview, Texas. Mr. LeTourneau is author of Mover of Men and Mountains.

R. LAIRD HARRIS (1911-2008) (B.S., University of Delaware; M.A., University of Pennsylvania; Th.B. and Th.M., Westminster Theological Seminary; Ph.D., Dropsie University) served as Professor of Old Testament at Covenant Theological Seminary. Widely known and respected for his biblical scholarship, he completed significant work in the study of theology and science, particularly dealing with creation and evolution. Dr. Harris served as chairman of the Committee on Bible Translation which produced the New International Version. He is co-author of Theological Wordbook of the Old Testament, and is the author of The Inspiration and Canonicity of the Bible, Introductory Hebrew Grammar, and Man: God's Eternal Creation.