MITCH GLASER (Ph.D., Fuller Theological Seminary, M.Div., Talbot Theological Seminary) serves as president of Chosen People Ministries with his wife, Zhava, who is their director of publications. Together they work to share Jesus with Jewish people, not only in New York City, but around the world. They are co-author of The Fall Feasts of Israel. The Glasers reside in Brooklyn, New York with their two daughters. 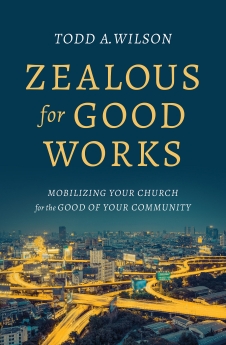 mobilizes the church towards acting in kindness and goodness toward her neighbors
Paperback $11.19 $13.99
See All Variations 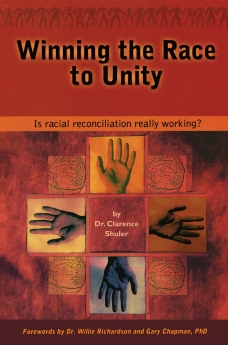 REVEREND WILLIAM DYER was born in England in 1632. During his earlier ministry he was a pastor with the Church of England at Chesham and Cholesbury. He and many other pastors were known as &ldquo;Puritans&rdquo; because of their desire to purify and reform the state church. However, in 1662, Dyer and over two thousand other Puritans pastors were ejected from their parishes because of a lack of compliance to the new policies of the church. In the year following his dismissal from the church he wrote two of his most enduring books, A Cabinet of Jewels and Christ&rsquo;s Famous Titles. In his later life he worked alongside the Quakers because of their zeal for Christ and passion for souls. He was buried among them in Southwark, England in April of 1696. From his writings he is seen to have been a man of great character, earnest to win men to the Lord, and eager to build up the saints in the love and confidence of Christ. 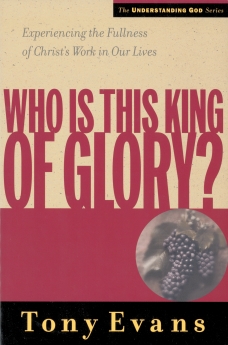 Who Is This King of Glory?

Jesus' parables and teaching come alive in this sweeping study of the four Gospels.
Paperback $13.59 $16.99
See All Variations

When Money Goes on Mission

How to fundraise through high-trust ministry partnerships that are effective and joy-filled
Paperback $11.99 $14.99
See All Variations

WESS STAFFORD From the poor of Africa's Ivory Coast to President and Chief Executive Officer of Compassion International, Dr. Wesley K. Stafford &mdash; Wess &mdash; has maintained one simple belief: God's children are priceless resources. To that end, Wess leads Compassion's efforts to break the cycle of poverty for children everywhere. Wess joined the staff of Compassion International in 1977 and has worked with the ministry, both overseas and at headquarters, for 34 years. He has served as president since 1993. Wess lives on a small ranch near Colorado Springs, Colorado with his wife, Donna, of 32 years who was a Compassion sponsor even before she met Wess! They have two daughters, Jenny and Katie &mdash; the two children in the world for whom Wess is the greatest advocate of all.

WENDY LAWTON, an award-winning writer, sculptor, and doll designer, founded the Lawton Doll Company in 1979. She currently works as an agent for the Books & Such Literary Agency. Wendy has written numerous books, including six for her Daughters of Faith series and four for her Real TV series. Wendy is active in her church and is a frequent speaker for women's groups. Wendy and her husband, Keith, are parents to three adult children and live in Hilmar, California.

WILLIAM BELL DAWSON was born in 1854. While today he is known for his books, he spent most of his life working as a surveyor and engineer. In 1893, he started working for the Canadian Department of Marine and Fisheries where he supervised a major tidal survey for over twenty years. This project produced what are called tide tables which gave important information about the tides in all of the main Canadian harbors. In 1924, he stopped work in Canada and began writing about creation science and evolution. He is best known for his books Forethought in Creation (1925), Evolution Contrasted with Scripture Truth (1926), and The Bible Confirmed by Science (1932).

SARAH &quot;VIRGINIA&quot; JACOBER was born in Dayton, Ohio and accepted Jesus as her Savior at age eleven. The first time she heard a missionary speak, she knew this was what God wanted her do. After graduating from Nyack College, she married Edward G Jacober. They pastored a church while he attended Dallas Theological Seminary, and then were appointed by The Christian and Missionary Alliance to do evangelistic work in India. Their four children attended school in the Himalaya Mountains. Transferred to Bethlehem, Israel, they taught the Bible and visited Bedouin tents for fifteen years. Sarah&rsquo;s husband died, but she continued working and speaking in churches. After retiring, she made fifteen short term mission trips to various countries around the world.More than forty of Sarah&rsquo;s articles and poems, plus six books have been published. Sarah lives near family in North Carolina, has seven grandchildren, two great-grandchildren, and continues to write for God&rsquo;s glory.