CONWAY EDWARDS (Dallas Theological Seminary, Regent University) is Lead Pastor of the church, One, which ministers to the evolving communities of Plano, Allen, Frisco, and McKinney, Texas. He is also the Executive Director for the US-based ministry Caribbean Choice for Christ and the president of the National Center for Christian Leadership-Jamaica. Conway is the author of Leading a Turnaround Ministry: A Process for Exponential Growth. He co-authored When Love&rsquo;s in View: Finding Focus in Dating and Relationships and The Undercover Woman with his wife, Jada. He and Jada reside in Allen, Texas.

HARRY SHIELDS has served pastorates in Illinois and Colorado and currently serves on the graduate school faculty of the Moody Bible Institute. He is co-author of Caring for Souls: Counseling under the Authority of Scripture. He and his wife have two adult sons, who are also involved in local church ministries. Harry and his wife, Carol, reside in Crystal Lake, Illinois.

DR. JOHN M. PERKINS is the founder and president emeritus of the John and Vera Mae Perkins Foundation and co-founder of Christian Community Development Association. He has served in advisory roles under five U.S. presidents, is one of the leading evangelical voices to come out of the American civil rights movement, and is an author and international speaker on issues of reconciliation, leadership, and community development. For his tireless work he has received 14 honorary doctorates from universities including: Virginia University of Lynchburg, Wheaton College, Gordon College, Huntington College, Geneva College, Spring Arbor University, North Park College, and Belhaven College. In 2004 he partnered with Seattle Pacific University to launch the campus-based John Perkins Center for Reconciliation, Leadership Training, and Community Development.

ROBERTSON McQUILKIN served as the third president of Columbia International University from 1968 to 1990 and currently serves as the president emeritus. He resigned from the presidency to care for his wife, Muriel, who had reached the stage of Alzheimer&rsquo;s disease in which she needed full-time care. Prior to coming president of CIU, McQuilkin served as headmaster of Ben Lippen School, then for 12 years as a missionary in Japan. McQuilkin&rsquo;s writings have appeared in numerous journals and periodicals. Among the books he has published are Understanding and Applying the Bible, Five Smooth Stones, Life in the Spirit, A Promise Kept, An Introduction to Biblical Ethics, and The Great Omission. In 2003 McQuilkin married Deborah Jones Sink. Between them, Robertson and Deborah have nine children.

ERIC L. JOHNSON (PhD, Michigan State University) trained as an academic psychologist and is the Lawrence and Charlotte Hoover Professor of Pastoral Care at The Southern Baptist Theological Seminary in Louisville, Kentucky. He is the author of Foundations for Soul Care; coeditor of God Under Fire and Christianity and Psychology: Four Views; and associate editor of the Journal of Psychology and Theology. He serves on the executive board at the Institute for Christian Psychology.

CHARLES DYER (B.A., Washington Bible College; Th.M. and Ph.D., Dallas Theological Seminary) served as provost and dean of education at Moody Bible Institute before becoming Professor-at-Large of Bible at Moody and host of The Land and the Book radio program. Before coming to Moody, Charlie served for 20 years in multiple administrative and faculty roles at Dallas Theological Seminary - ultimately serving as Executive Vice President under Chuck Swindoll. In addition to his role as host of The Land and the Book radio program, Charlie is an Old Testament scholar and an authority on Middle Eastern history and geography. He also serves as Associate Pastor of Grace Bible Church in Sun City, Arizona. Charlie has traveled extensively throughout the Middle East for more than 30 years, leading more than 80 trips. He is the author of numerous books, including A Voice in the Wilderness, What's Next?, The New Christian Traveler's Guide, Character Counts: The Power of Personal Integrity, and Thirty Days in the Land with Jesus. His most recent book is The Isis Crisis. Charlie and his wife, Kathy, have been married for more than 40 years and have two grown children.

JOHN WELDON (Ph.D., Pacific College of Graduate Studies; D.Min., Luther Rice Seminary) was co-author of many books including The Secret Teachings of the Masonic Lodge, Myth Of Safe Sex: The Tragic Consequences of Violating God's Plan, Playing with Fire, Psychic Healing, and One World: Bible Prophecy and the New World Order.

HAROLD MYRA served as the CEO of Christianity Today International for 32 years. Under his leadership, the organization grew from one magazine to a communications company with a dozen magazines, copublished books, and a major Internet ministry. Myra started his journalistic career with &quot;Youth for Christ&quot; magazine, which under his leadership became &quot;Campus Life&quot; magazine. Author of five novels, numerous children's and nonfiction books, and hundreds of magazine articles, Myra has taught writing and publishing at the Wheaton College Graduate School in Illinois. He holds honorary doctorates from several colleges, including Biola University in California and Gordon College in Massachusetts. Myra has received various awards, among them the prestigious Magazine Publisher's Award and the James Deforest Murch Award from the National Association of Evangelicals. The Evangelical Press Association presented him with its highest honor, the Joseph T. Bayly Award, for his triple career as an editor, author, and publishing executive. Harold and his wife, Jeanette, are the parents of six children and grandparents of five. They reside in Wheaton, Illinois.

DON W. HILLIS served as a missionary to India under The Evangelical Alliance Mission (TEAM) from 1937 to 1953. In 1960 he became associate director of the mission at TEAM's international headquarters, heading the Publications Department. Dr. Hillis moved to Florida in 1974 when he became TEAM's Southeastern Representative. He is now an honorary representative for TEAM. Don is author or co-author of a number of books including Answers to Youth Hang-ups, and God, You and That Man with Three Goats: Divine Providence.

DAVID W. WIERSBE (Moody Bible Institute; North Park College; Northern Illinois University) has pastored four churches and currently serves at Calvary Evangelical Free Church of Spring Grove, Minnesota. He is the author or co-author of Ministering to the Mourning, Comforting the Bereaved, Making Sense of the Ministry, and Gone but Not Lost: Grieving the Death of a Child. He has also served as chaplain for a community fire/rescue unit and as facilitator of support groups for bereaved parents. David and his wife, Susan, have one son and reside in Caledonia, Minnesota. 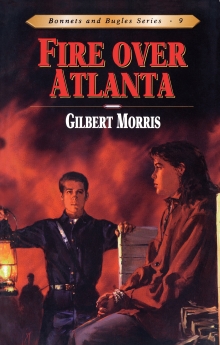 Two close families find themselves on different sides of the Civil War. Book 9 in series.
Paperback $5.59 $6.99
See All Variations 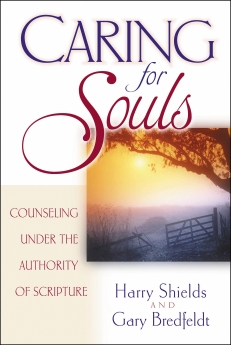 Explore the intersection of Scripture and psychology in Christian counseling.
Hardcover $31.99 $39.99
See All Variations 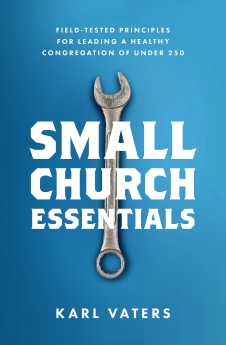 Defends the importance of small churches and offers principles for leading one well.
Paperback $10.39 $12.99
See All Variations 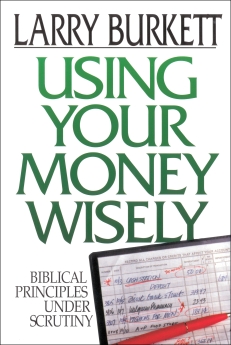