TYLER BRAUN is a 20-something worship pastor. After graduating from college with a business degree, Tyler decided to pursue a life of serving God through church ministry. When Tyler isn&rsquo;t playing music or writing, he enjoys exploring the city, training for distance running races, and biking around town. Tyler lives in Portland, Oregon, with his wife, Rose. You can connect with him online at www.manofdepravity.com or follow him on Twitter @tylerbraun.

WILLIAM LEE BAREFIELD III, better known as TRIP LEE, is a Christian hip-hop artist under the Reach Records label. Trip Lee&rsquo;s music has topped Billboard charts, the iTunes chart, and has received Dove nominations and a Stellar Award. His Christ-centered and God-exalting music has reached thousands with the Good News of Jesus Christ.Trip Lee now resides in Washington, DC with his wife and is finishing his Biblical and Theological Studies degree with Boyce College. Trip&rsquo;s unending desire is to proclaim the grace and beauty of Jesus Christ to anyone that will listen. Ultimately, he hopes this journey will someday lead to pastoring a church.

TODD NETTLETON is the Chief of Media Relations and Message Integration for the Voice of the Martyrs&mdash;USA and host of The Voice of the Martyrs Radio. He serves as a voice for persecuted Christians, inspiring Christians with the faithfulness of Christ's followers in 70+ nations where they face persecution for wearing His name. During more than 20 years serving at VOM, Todd has travelled the world and conducted face-to-face interviews with hundreds of Christians who've endured persecution in more than 30 nations. He is a graduate of Bartlesville Wesleyan College (now Oklahoma Wesleyan University) and has done postgraduate study at the University of Oklahoma. Todd and his wife, Charlotte, have two sons and two daughters-in-law. In his spare time he enjoys reading, music, travel and sports, including serving as commissioner of a fantasy football league.

TIM DOWLEY, a native of London, holds a bachelor&rsquo;s degree in history and a doctorate in church history, both from the University of Manchester, England. He has written a number of children's stories and books on biblical subjects and the history of Christianity, as well as works on music and literature. A few of his latest books include Bible Atlas, A Public Faith: From Constantine to the Medieval World AD 312-600, My First Story of Christmas, and Bedtime Book of Bible Stories. Tim has traveled extensively, particularly in Israel, Turkey and other biblical lands. He lives in Clapham, South London, with his wife and family. 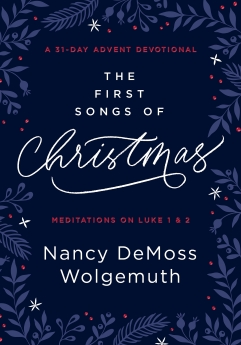 The First Songs of Christmas

SHAI LINNE is a recording artist who has released numerous acclaimed Christian hip-hop albums, including The Atonement and The Attributes of God. After completing a pastoral internship at Capitol Hill Baptist Church in Washington, D.C. and serving as an elder at Del Ray Baptist Church in Alexandria, VA, Shai co-founded Risen Christ Fellowship, an inner-city church in his hometown of Philadelphia, PA. Previously, Shai wrote God Made Me and You and co-authored It Was Good: Making Music to the Glory of God. He lives in Philadelphia with his wife Blair and their three children, Sage, Maya, and Ezra.

RYAN DOBSON is the founder of KOR ministries and the author of four books, incuding Be Intolerant. Through his podcasts, speaking engagements, and books, Dobson seeks to call Christians deeper into the ultimate adventure of following Christ.

RON BLOCK has been banjoist guitarist, vocalist, and songwriter for Alison Krauss & Union Station since 1991. He wrote many of the band's gospel songs: &quot;There is a Reason,&quot; &quot;In the Palm of Your Hand,&quot; &quot;Jesus, Help Me to Stand,&quot; and his playing has been featured on albums by Dolly Parton, Vince Gill, Reba McEntire, Randy Travis, Alan Jackson, Brad Paisley, Fernando Ortega, and others. He's received 14 Grammy Awards for his work with Alison Krauss, Vince Gill, and the O Brother, Where Are Thou soundtrack, and received a Dove Award for his song &quot;A Living Prayer.&quot; He has also written on spiritual and musical topics for the Rabbit Room website since its inception in 2007, rabbitroom.com.He married Sandra in 1988 and they live in rural Tennessee. They have two grown children, Ethan and Erica.

RICHARD A. ROBINSON serves as Senior Researcher at Jews for Jesus in San Francisco and is a Jewish believer in Jesus who came to faith in 1973. He has served with Jews for Jesus since 1978, beginning with the mobile evangelistic music team, The Liberated Wailing Wall, and subsequently as a missionary at the Los Angeles, New York, and Boston branches. He holds an M.Div. from Trinity Evangelical Divinity School (1978) and a Ph.D. from Westminster Theological Seminary (1993).Rich is the author of The Messianic Movement and Christ in the Sabbath. He edited God, Torah, Messiah: The Messianic Jewish Theology of Dr. Louis Goldberg and co-authored Christ in the Feast of Pentecost with David Brickner. He has contributed chapters to various scholarly books, conferences papers (Lausanne Consultation on Jewish Evangelism--North America, Evangelical Theological Society), and is a frequent contributor to the journal Mishkan. Rich also edits Havurah, a publication for Jewish believers in Jesus. 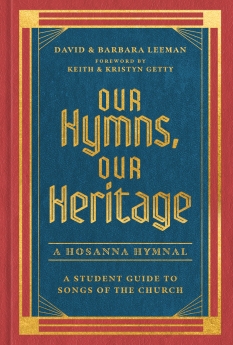 Our Hymns, Our Heritage

Devotional hymnal with the background, history, and music of 121 classic and modern hymns.
Hardcover $19.99 $24.99
See All Variations 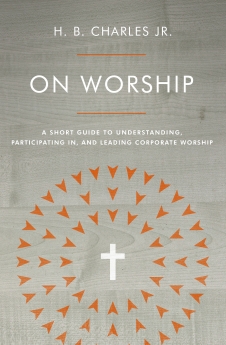 Learn how to lead your congregation to worship wholeheartedly in spirit and truth.
Paperback $11.99 $14.99
See All Variations

LORI NEFF is a graduate of Moody Bible Institute and today she works as the Senior Producer of Midday Connection (www.middayconnection.org), a radio talk show for women. Lori has been general editor and writer for Come to Our Table: A Midday Connection Cookbook, and two devotional titles Daily Seeds from Women who Walk in Faith, and Tending the Soul. She lives with her husband, John, in the Chicago metro area. Check out Lori&rsquo;s website for more information www.lorineff.com.