C. FRED DICKASON JR., (Th.D., Dallas Theological Seminary; B.S., Iowa State College) served on the faculty of the Moody Bible Institute for thirty-four years. He was professor and chairman of the theology department until his retirement in 1995. An author and lecturer on angelology and the spirit world, he counsels many who have been involved in the occult. Dr. Dickason is the author of Names of Angels, Demon Possession and the Christian, Angels: Elect and Evil, The Spirit of Grace, Angels: Studies in the Biblical Doctrine of Angels, and From Bondage To Freedom Studies in the Epistle to the Galatians. Dr. Dickason resides in Carol Stream, Illinois.

CANDY MCVICAR is an author, educator, speaker, and devoted advocate for parents who experience the loss of a baby or child. After the stillbirth of her daughter Grace in 2001, she committed to enhance the care bereaved families receive while in the hospital, to facilitate healing holistically, and to optimize outcomes for subsequent pregnancies. Candy is the founder of the Missing GRACE Foundation, a national nonprofit that provides support, resources, and education for families and professional care providers when there is loss of a baby, infertility, or adoption challenges. Find out more about Candy at www.candymcvicar.com.

CARL R. TRUEMAN studied at the Universities of Cambridge and Aberdeen in the United Kingdom. Prior to emigrating to the United States, he was on faculty at the University of Nottingham and King's College, University of Aberdeen. He is currently Vice President for Academic Affairs and Professor of Historical Theology and Church History at Westminster Theological Seminary (PA). His scholarly publications focus on the development of Reformed Orthodoxy in sixteenth and seventeenth century Britain. He is also a Council Member of the Alliance of Confessing Evangelicals and an ordained minister in the Orthodox Presbyterian Church. His latest books are Republocrat: Confessions of a Liberal Conservative (Presbyterian and Reformed) and, Histories and Fallacies: Problems Faced in the Writing of History (Crossway).

CAROLYN NYSTROM received her BA and MA from Wheaton College and is the author of more than 80 books, about half of which are written for children. She co-authored Guard Us, Guide Us: Divine Leading in Life's Decisions and Praying: Finding Our Way through Duty to Delight with theologian J.I. Packer, and Before I Was Born (God&rsquo;s Design for Sex) with Sandra Speidel. Carolyn lives in the Chicago area with her husband and they have four grown children.

CARRIE E. GRUHN was born Carrie E. Meyers on April 3, 1907 in Clarinda, Iowa. After completing high school, she attended Iowa State Teacher&rsquo;s College for a year. She married a printer named Stanley Gruhn on May 18, 1929 at the age of twenty-two. Later the family moved to Ogle County, Illinois with their two boys. She is best known as the author of several books including An Unwanted Legacy (1953), Happy is the Man (1963), and The Lost City (1969).

CARSON NYQUIST graduated from Moody Bible Institute in 2010 with a B.A. in Pastoral Studies. In 2012 he graduated from Dallas Theological Seminary with an M.A. in Biblical Studies. Currently he is the Associate Pastor at Madison Alliance Church while also pursuing creative projects as a professional photographer and storyteller.

CATHERINE WALKER (B.A., Wheaton College; M.A., Columbia Bible College; M.R.E. and D.R.E., Southern Baptist Theological Seminary) previously served as an instructor at the Indonesian Baptist Theological Seminary in Semarang for 26 years. Upon retirement she served as special assistant for intercessory prayer at Foreign Mission Board headquarters. She is author of Bible Workbook Volumes I and II and six theological textbooks in the Indonesian language. She also co-authored Disciples and Prayer Life. 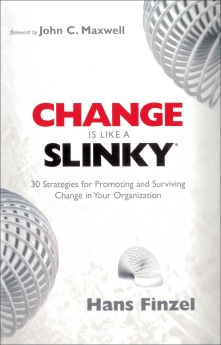 Explore the six major phases in the cycle of change and learn how to tackle it head on.
Paperback $10.39 $12.99
See All Variations

CHARLES DYER (B.A., Washington Bible College; Th.M. and Ph.D., Dallas Theological Seminary) served as provost and dean of education at Moody Bible Institute before becoming Professor-at-Large of Bible at Moody and host of The Land and the Book radio program. Before coming to Moody, Charlie served for 20 years in multiple administrative and faculty roles at Dallas Theological Seminary - ultimately serving as Executive Vice President under Chuck Swindoll. In addition to his role as host of The Land and the Book radio program, Charlie is an Old Testament scholar and an authority on Middle Eastern history and geography. He also serves as Associate Pastor of Grace Bible Church in Sun City, Arizona. Charlie has traveled extensively throughout the Middle East for more than 30 years, leading more than 80 trips. He is the author of numerous books, including A Voice in the Wilderness, What's Next?, The New Christian Traveler's Guide, Character Counts: The Power of Personal Integrity, and Thirty Days in the Land with Jesus. His most recent book is The Isis Crisis. Charlie and his wife, Kathy, have been married for more than 40 years and have two grown children.

CHARLES and JANET MORRIS At the turn of the new millennium Charles and Janet Morris packed up and moved to California, leaving behind the dream home they built at the base of Pikes Peak in the Colorado Rockies. They had been asking the Lord to use their communication skills in a front line way for the kingdom when the phone rang and Charles was called to become the fourth speaker on an 80-year-old Christian radio program based in Los Angeles. Charles had journalistic experience on radio, TV, and with UPI, but no file drawer full of sermons. So with a background in Bible teaching and leading women&rsquo;s retreats, Janet joined her husband in helping write the daily messages. HAVEN Today airs on 600 stations with 500,000 listeners. Together Charles and Janet have co-authored two other books, Jesus in the Midst of Success and Saving a Life. Their prayer is that Living a Life that's All About Jesus will convey the same life-changing message Charles shares on the radio and that daily changes their own lives &hellip; &ldquo;it&rsquo;s all about Jesus&rdquo;. Charles and Janet have three children and three grandchildren.

CHIP INGRAM is the teaching pastor and CEO of Living on the Edge, an international teaching and discipleship ministry. A pastor for over thirty years, Chip is the author of many books, including Holy Ambition, Discover Your True Self, True Spirituality, The Real God, and The Invisible War. Chip and his wife, Theresa, have four grown children and twelve grandchildren and live in California.

CHRIS FABRY is an award-winning author and radio personality who hosts the daily program Chris Fabry Live on Moody Radio. He has written more than seventy books for children and adults. His latest is War Room, a novelization of the film by the Kendrick Brothers. He has also written the adult novels Dogwood, June Bug, Almost Heaven, Not in the Heart, Borders of the Heart, Every Waking Moment, and The Song. He has won three Christy Awards and an ECPA Christian Book Award. He has also written two books with NY Times bestselling author, Dr. Gary Chapman, A Marriage Carol and Extraordinary Grace. He and his wife Andrea have been married for more than thirty years and have nine children. They live in Tucson, AZ. Chris is a graduate of the W. Page Pitt School of Journalism at Marshall University in Huntington, WV, and Moody Bible Institute in Chicago.

CHRIS COURSEY is an ordained minister, pastoral counselor, published author, and international speaker. He and his wife, Jen, lead and design the THRIVE Training Program that uses brain-based exercises to train leaders, families, and communities in the 19 relational skills and the Immanuel Lifestyle. They are passionate about helping people acquire the skills to make relationships work. Chris and Jen have two boys, Matthew and Andrew.