JOHN WELDON (Ph.D., Pacific College of Graduate Studies; D.Min., Luther Rice Seminary) was co-author of many books including The Secret Teachings of the Masonic Lodge, Myth Of Safe Sex: The Tragic Consequences of Violating God's Plan, Playing with Fire, Psychic Healing, and One World: Bible Prophecy and the New World Order. 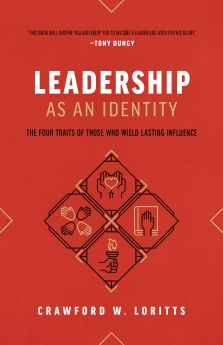 Leadership as an Identity

DAVID W. WIERSBE (Moody Bible Institute; North Park College; Northern Illinois University) has pastored four churches and currently serves at Calvary Evangelical Free Church of Spring Grove, Minnesota. He is the author or co-author of Ministering to the Mourning, Comforting the Bereaved, Making Sense of the Ministry, and Gone but Not Lost: Grieving the Death of a Child. He has also served as chaplain for a community fire/rescue unit and as facilitator of support groups for bereaved parents. David and his wife, Susan, have one son and reside in Caledonia, Minnesota.

GORDON HOLMES FRASER was born in Quebec, Canada. He moved to Detroit, Michigan, at the age of ten, and came to a personal knowledge of Christ when he was seventeen years of age. After majoring in business administration, he spent several years in executive and sales work. The call then came to enter full-time Christian work. His mentor in spiritual things was the late Dr. H.A. Ironside. Under private tutorship he studied Chinese while engaged for five years in Christian work in Chinese communities such as are found in Oakland and Sacramento, California. His entry into full-time missionary work under the American Sunday School Union was in 1932. He is the founder of the Southwestern School of Missions in Flagstaff, Arizona. Learn how you can cultivate a gritty perseverance and become a person of courage and commitment.
Paperback $11.99 $14.99
See All Variations

MARK I. BUBECK is the founder of ICBC, Inc., now Deeper Walk International. He is a graduate of Moody Bible Institute and Denver Seminary, and earned his D.Min. degree from Talbot Theological Seminary. Serving as a pastor for more than 40 years Bubeck is the author of The Adversary, Warfare Praying: Biblical Strategies for Overcoming the Adversary, Fire From Heaven, and many other resources on prayer and our victory in Christ. Known as a prayer warrior with a shepherd's heart, Mark Bubeck passed away in 2017.

JOHN L. PHILLIPS is currently a Bible conference speaker through the Moody Bible Institute Extension Department. He was born in Great Britain, where he received much of his Bible teaching under the instruction of Stephen Olford. He spent two years in Israel during the last years of the Moody Bible Institute Correspondence School. He later served as director of the Emmaus Correspondence School. He is author of many books including 100 Sermon Outlines and Exploring Genesis.

HARRY SHIELDS has served pastorates in Illinois and Colorado and currently serves on the graduate school faculty of the Moody Bible Institute. He is co-author of Caring for Souls: Counseling under the Authority of Scripture. He and his wife have two adult sons, who are also involved in local church ministries. Harry and his wife, Carol, reside in Crystal Lake, Illinois.

HAROLD MYRA served as the CEO of Christianity Today International for 32 years. Under his leadership, the organization grew from one magazine to a communications company with a dozen magazines, copublished books, and a major Internet ministry. Myra started his journalistic career with &quot;Youth for Christ&quot; magazine, which under his leadership became &quot;Campus Life&quot; magazine. Author of five novels, numerous children's and nonfiction books, and hundreds of magazine articles, Myra has taught writing and publishing at the Wheaton College Graduate School in Illinois. He holds honorary doctorates from several colleges, including Biola University in California and Gordon College in Massachusetts. Myra has received various awards, among them the prestigious Magazine Publisher's Award and the James Deforest Murch Award from the National Association of Evangelicals. The Evangelical Press Association presented him with its highest honor, the Joseph T. Bayly Award, for his triple career as an editor, author, and publishing executive. Harold and his wife, Jeanette, are the parents of six children and grandparents of five. They reside in Wheaton, Illinois.

DON W. HILLIS served as a missionary to India under The Evangelical Alliance Mission (TEAM) from 1937 to 1953. In 1960 he became associate director of the mission at TEAM's international headquarters, heading the Publications Department. Dr. Hillis moved to Florida in 1974 when he became TEAM's Southeastern Representative. He is now an honorary representative for TEAM. Don is author or co-author of a number of books including Answers to Youth Hang-ups, and God, You and That Man with Three Goats: Divine Providence.

WILLIAM LEE BAREFIELD III, better known as TRIP LEE, is a Christian hip-hop artist under the Reach Records label. Trip Lee&rsquo;s music has topped Billboard charts, the iTunes chart, and has received Dove nominations and a Stellar Award. His Christ-centered and God-exalting music has reached thousands with the Good News of Jesus Christ.Trip Lee now resides in Washington, DC with his wife and is finishing his Biblical and Theological Studies degree with Boyce College. Trip&rsquo;s unending desire is to proclaim the grace and beauty of Jesus Christ to anyone that will listen. Ultimately, he hopes this journey will someday lead to pastoring a church.

DR. RENE PACHE, was reared in a Christian home under the guidance of a deeply spiritual mother (his father died when the boy was ten years old). He received his doctor's degree in law at Lausanne, Switzerland. By that time he was an out-and-out unbeliever. As a lawyer he joined the business staff of the big chemical works (CIBA) at Basle, Switzerland. It was there, at the age of 24, that he was converted through reading a Bible he had purchased. He would eventually become one of the founders of the Inter-Varsity Christian Fellowship in Switzerland and France. His important works include The Person and Work of the Holy Spirit and The Return of Jesus Christ.

DAN STANFORD is not a comic book superhero. The glasses make you do a double take but under his shirt is not a cool costume and cape. He doesn't have a catch phrase like &quot;Up, Up and Yahweh!&quot; and there's no blockbuster movie about his heroic deeds. He's an ordinary, decaf drinking, nap taking, Jesus loving citizen. But in spite of being ordinary, he married his true love, Suzanne and they have three dynamic boys: Caleb, Connor and Colton. Dan holds a Masters degree from Trinity International University and started The Well Church in Kenosha, Wisconsin. To learn more visit www.danstanford.net.

W. GLYN EVANS was a minister at large of the Conservative Baptist Association of New England. He attended the Graduate School of Wheaton College and also had a master&rsquo;s degree from Northern Illinois University. He served in seven churches, as Assistant Professor of Practical Theology at the Graduate School of Wheaton College, and as an evangelist under the Charles E. Fuller Evangelistic Foundation.Pastor Evans was author of more than seven books including Daily With the King, Don't Quit Until You Taste The Honey, Practicing Peace, and Beloved Adversary.