PHIL SHAPPARD served at the Moody Bible Institute as Moody Radio's National Operations Manager before retiring at the beginning of 2020. Starting as a part-time announcer at Moody's station WDLM in 1981 he came to Chicago in 1983 and joined the Moody Radio Network staff full-time in 1984. He studied at Toccoa Falls College and later graduated with a B.S. in Business Management from Elmhurst University in Elmhurst, IL. Phil and his wife, Nora, have three grown children and nine grandchildren, and make their home in the western suburbs of Chicago. 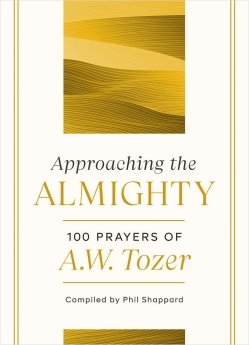 Discover the never-before-published prayers of A. W. Tozer as he opens his sermons.
Hardcover $14.39 $17.99
See All Variations